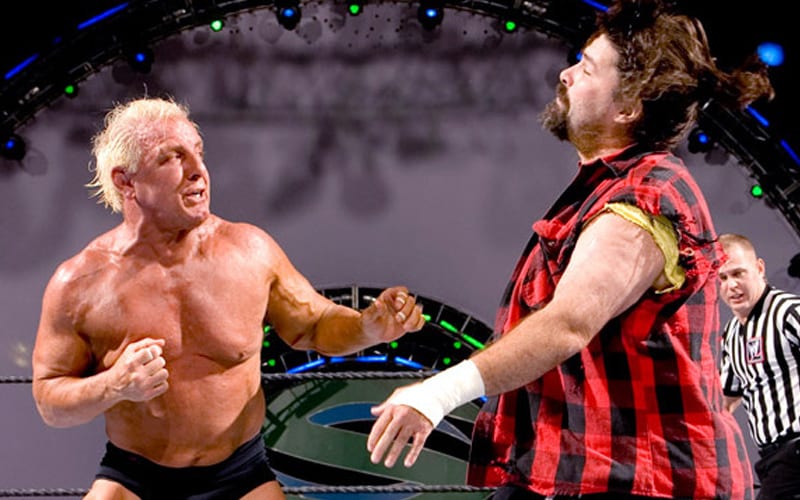 Mick Foley is a WWE Hall Of Famer who could be inducted under any of his Faces Of Foley. He wrestled a long career and is happily retired, but some of those last matches might have pushed Foley too far.

While speaking to Comic Book, Mick Foley discussed his own retirement from pro wrestling. Looking back he can see that he should have retired sooner than he actually did.

The roar of the crowd and passion for the business kept bringing Mick Foley back. WWE’s paychecks didn’t hurt either, but he never would have put his body through everything that he did unless the love of pro wrestling was there.

Foley might have missed out on some matches that fans really enjoyed, but he can now see that some of those final matches shouldn’t have taken place.