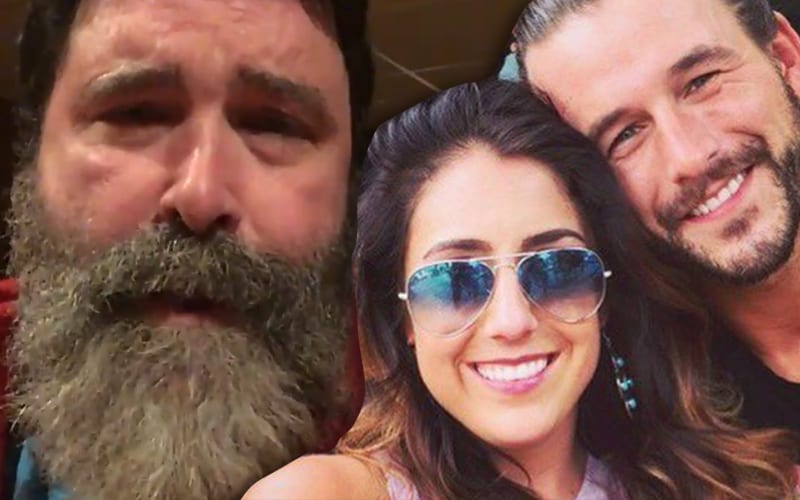 Britt Baker is AEW’s resident dentist and Mick Foley is obviously a fan.

Following Baker’s performance on AEW Dynamite this week, Mick Foley released a video message for fans. He said that it might be a controversial statement to make, but “Britt Baker is the greatest wrestling dentist of all time.” He then apologized to Dr. Isaac Yankem.

AEW retweeted this video message from Foley along with their own caption: “Huge praise for Britt Baker from Mick Foley!”

Adam Cole replied to Mick Foley saying that he “couldn’t agree” with him more. Foley then replied saying: “There’s a phrase I think of when someone’s character is firing on all cylinders: that person “has got it going on!” [Britt Baker is] DEFINITELY has got it going on!

We’ll have to see how far Britt Baker goes in pro wrestling, but she certainly got a big nod of confidence from Mick Foley this week. It is also interesting how quickly AEW was to retweet this video.