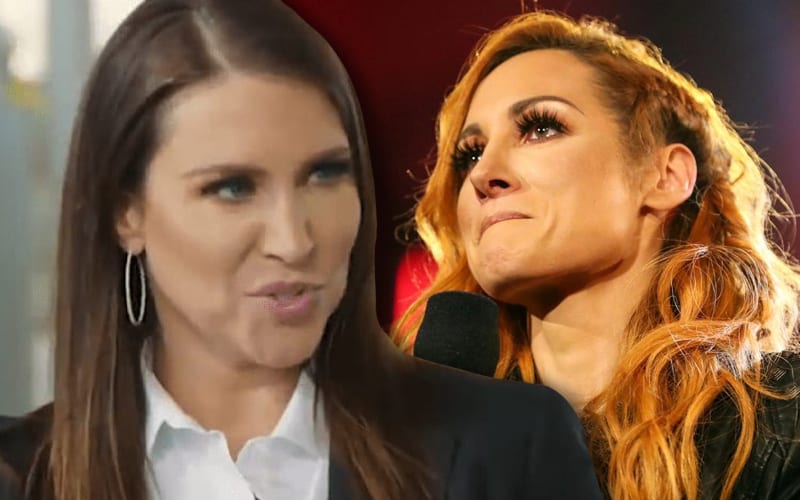 Becky Lynch had a career changing announcement to make on WWE Raw this week. She is pregnant and leaving WWE behind her as she goes to start a new chapter in her life. This was a big moment for her and the WWE Universe. The reactions are still coming in and Stephanie McMahon is the latest to send her congratulations.

Stephanie McMahon tweeted out a congratulatory tweet for Becky Lynch. The Man is leaving WWE at the top of her game, but doing it by her own rules.

Congratulations @BeckyLynchWWE, a professional athlete and actress, at the top of her game, playing by her own rules! I’m so excited for you and @WWERollins! Wishing you lots of love, happiness and good health as you enter this new chapter in your lives.

Becky Lynch will hopefully make a return to WWE. It’s unclear how soon that will be as there is no timetable for her return. Until that day comes everyone can be satisfied knowing that Becky Lynch is still doing things her own way.