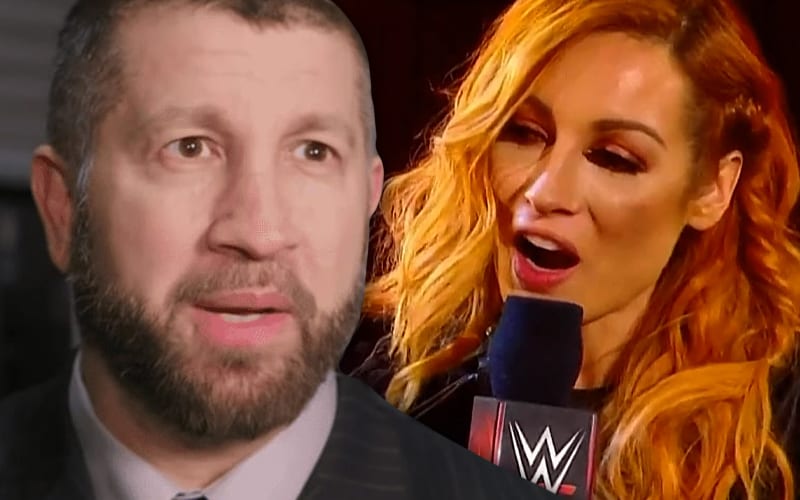 Becky Lynch is pregnant and had a moment of sadness and joy while making the big announcement to kick off Raw this week. Asuka is now the Raw Women’s Champion because The Man has to go away for a while.

Ric Flair is also The Man. There have been discussions about who is The Man for real. Recently furloughed WWE producer Shane Helms had a rather interesting way of looking at this recent announcement.

This never happened to Ric Flair.

The Man is pregnant, but Ric Flair never had to worry about that. Of course, they are both in very different situations.

What do you think Seth Rollins and Becky Lynch’s baby’s first word will be? Sound off in the comments below!