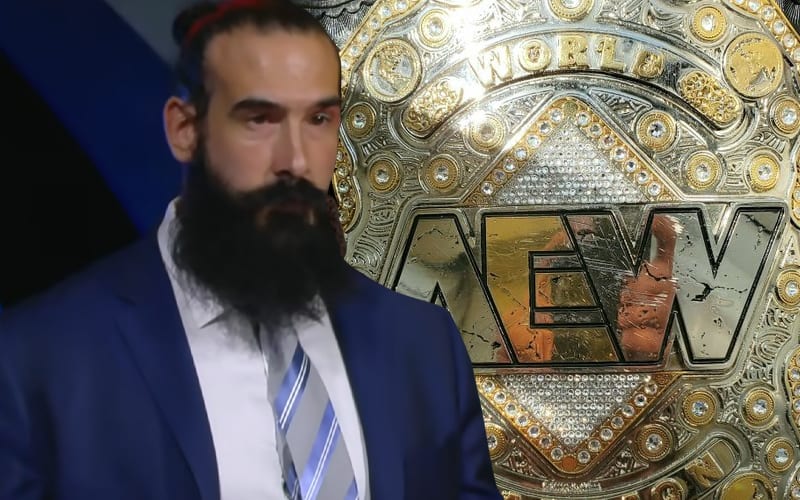 Jon Moxley successfully defended the AEW World Title against Jake Hager inside an empty Daily’s Place. It appears that Moxley is set to defend that title inside the same venue at Double Or Nothing against Brodie Lee next time around.

Jon Moxley is still the AEW World Champion, but he doesn’t have the title. Lee wanted to make sure fans realize that this is not a work. He tweeted out a reply to AEW after they said that Moxley has something Lee wants.

This short tweet was accompanied by a photo of the AEW World Title. Brodie Lee might have taken that title back to the Dark Order’s headquarters, but it’s not officially his. Possession if 9/10 of the law, so maybe Brodie Lee will take care of that additional 1/10 at Double Or Nothing.

Will Jon Moxley drop the AEW World Title to Brodie Lee at Double Or Nothing? Sound off in the comments below!