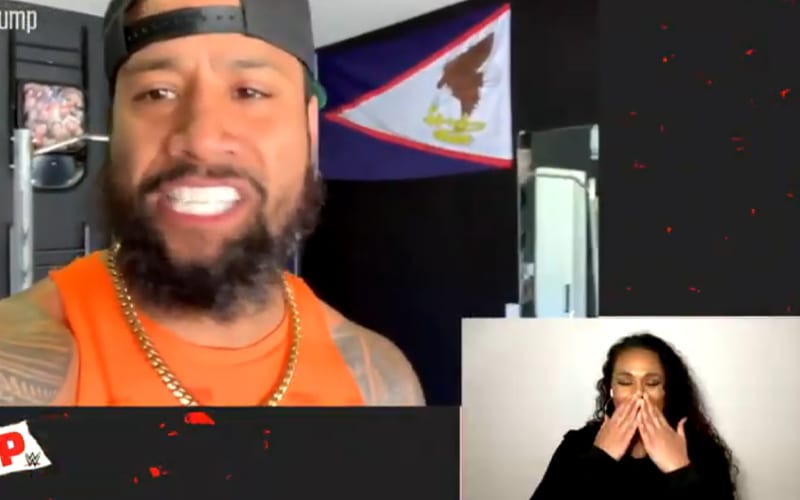 Tamina Snuka is in line for a SmackDown Women’s Title shot at WWE Money In The Bank. She’s had a storied career so far that spanned the past ten years. It doesn’t feel like it’s been that long if you ask her.

Tamina debuted on RAW alongside the Usos on May 24th, 2010. She is coming up on celebrating a decade with the company. During her debut, Tamina attacked The Hart Dynasty which included Natalya who is currently the longest tenured female Superstar in WWE. Tamina presently holds the second longest career out of all the females on the roster.

While appearing on WWE The Bump, Tamina stated that her career has gone very fast. She realized the other day that she is coming up on ten years with WWE and it feels like yesterday when she first arrived in FCW.

“It feels like a blink of an eye. It feels like yesterday when I came to FCW, but it’s gone by very quickly. I still can’t believe that it’ll be almost 10 years coming up.”

“Whoever thought Tamina and The Usos rolling up on ten years in WWE? But that’s another time! Right now, you go out there and get your’s sis — Money In The Bank! Let’s go!”

Ringside News exclusively reported that Jimmy Uso is currently out of action for six to nine months following knee surgery.

Tamina Snuka is daughter of WWE Hall Of Famer Jimmy “Superfly” Snuka. She has pro wrestling in her blood which is obvious by how she has spent the past decade of her life.

What’s your favorite moment out of Tamina Snuka’s career? Sound off in the comments below!