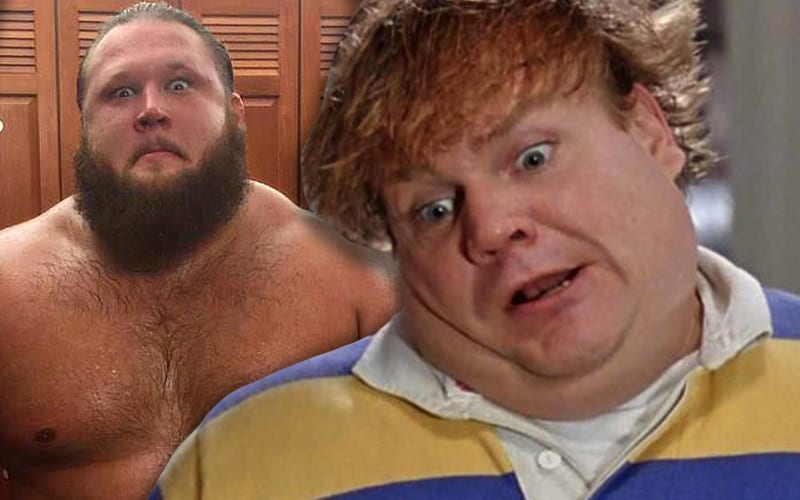 A lot of WWE fans who are old enough to remember the Attitude Era also remember Saturday Night Live’s breakout star Chris Farley. The Tommy Boy star tragically died in in 1997 when he was 33-years-old. Decades later, Otis busted on the scene and many saw a lot of Farley in the Heavy Machinery member.

While speaking to Digital Spy, Otis explained that he never tried to be Chris Farley. They have a little bit of the same look. He never meant to borrow Farley’s comedy. That doesn’t stop people from confusing the two.

“A lot of people confuse me with Chris Farley. I don’t want to say confuse but it came naturally. I didn’t try to take any of Chris Farley’s innuendos or comedy. I guess we both sound the same and we both have good looks, you know?”

It’s unclear why someone would mistake Otis for Farley, but it has apparently happened. It doesn’t seem to bother Otis. Due to Chris Farley’s legendary comedy status Otis should see it as a complement.

Scroll back to top wpDiscuz
4
0
Would love your thoughts, please comment.x
()
x
| Reply
You are going to send email to