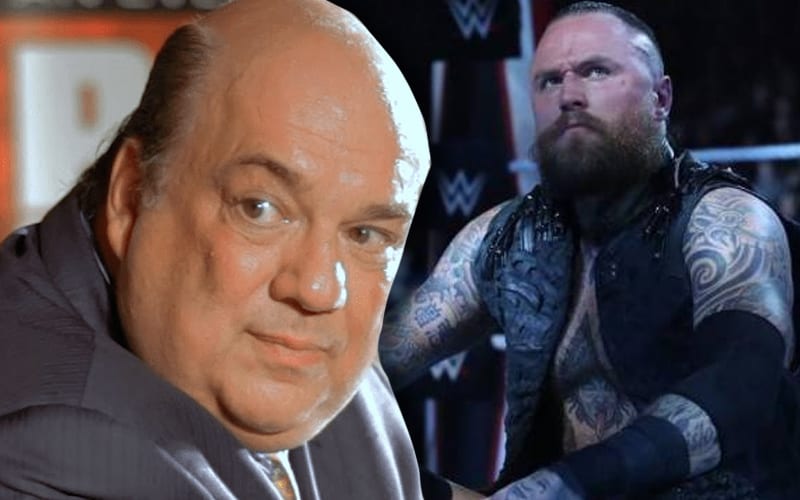 Aleister Black’s career as a WWE Superstar is taking off, and he has found himself in many interesting situations so far. All of his success brought him to become close with people he looked up to for years.

During his appearance on WWE Backstage, Aleister Black was asked by Christian about working with Paul Heyman. The Executive Director of RAW is famously a fan of Aleister Black. He spoke about how strange it is to now be able to call people like Heyman, Edge, and Christian during times when he needs to talk

“So I was having this thought two days ago when we — me and Paul — were on the phone. After we were on the phone [I thought] it’s funny it’s kinda like with [Christian] where we will talk and then about an hour later I think it’s so strange that Paul Heyman, Edge, and [Christian] are among people I can call to give me advice or talk to or give me a mindset. Help me further my game within WWE.”

“It’s a very unique thing for me because never in a million years did I think that some kid from Amsterdam would be in a position where not only would he be in the Money In The Bank, but he would be a fan favorite, but he would be informed and led by people like Paul Heyman, people like [Christian], people like Edge. It’s mind-blowing, but at the same time I’ve accepted that part of myself that it’s necessary to have these people in my close circle because that is what is going to elevate me to the next stage in WWE.”

Aleister Black’s address book is likely to fill up with even more famous names as the years go by. He’s not letting this success get to him as he still thinks of himself as a guy from Amsterdam who followed his dreams to make it in WWE.