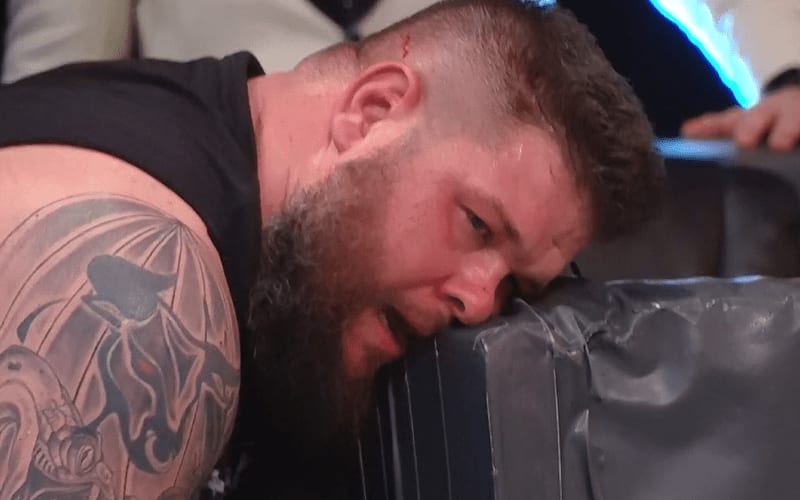 Kevin Owens hasn’t appeared on WWE television since WrestleMania. This is not a case of him refusing to come to work. He is currently out of action with an ankle injury.

Owens told RDS in Quebec in an article translated from French that he injured himself while facing Seth Rollins at WrestleMania 36. His ankle seems to be injured, but they’re not sure how bad it is.

First, he told our colleague Pierre Houde during an interview on Et le but , Wednesday, that he suffered from an ankle injury, the result of his spectacular flight during his fight against Seth Rollins at WrestleMania 36.

Owens believes that his ankle has a sprain or a slight fracture. For the time being, he is enjoying his time at home while he rests up.

Kevin Owens did not provide any timetable for his return to action. Hopefully, he won’t be gone for long. WWE really needs star power at a time like this.

Ringside News exclusively reported that Jimmy Uso is also out of action with a knee injury which needed surgery. He will be out 6-9 months.