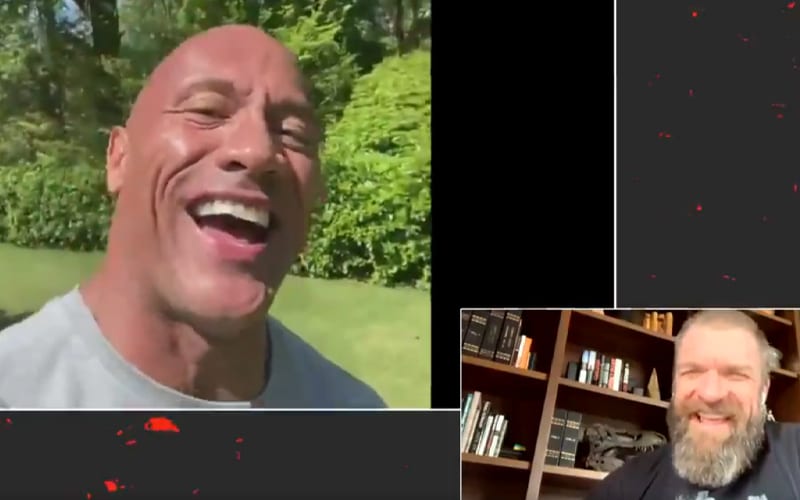 Triple H is dealing with the global circumstances the best he can. He certainly let his hair grow out while in isolation. SmackDown will celebrate 25 years of Triple H’s career this week and The Rock was a part of a few of those special moments.

The Rock couldn’t do his usual “Finally…” intro because they’re on lock down and “the neighbors might think some crazy sh*t is going down.” He said it was an honor to be able to celebrate Triple H’s career. Then Johnson spoke about how lucky they both are before talking about how Triple H always supported him.

“You, from my very first match at Survivor Series at The Garden you were so good to me, so welcoming back then. Also, I knew there was a hunger in your eyes that were were going to be competitors and were would compete and work our asses off and that’s exactly what we did. That’s exactly why we gelled together and had incredibly chemistry.”

The Rock then said that Triple H is the one man who he has consistently traveled the world with and put on great matches. The Great One praised Triple H for his work with WWE behind the scene and in NXT to make sure that the fans go home happy.

When The Rock’s message was over, Triple H commented saying: “The worst part is how does he look so great, but I look like an old prune?”

What is your favorite moment with The Rock and Triple H? Sound off in our new and improved comments section!