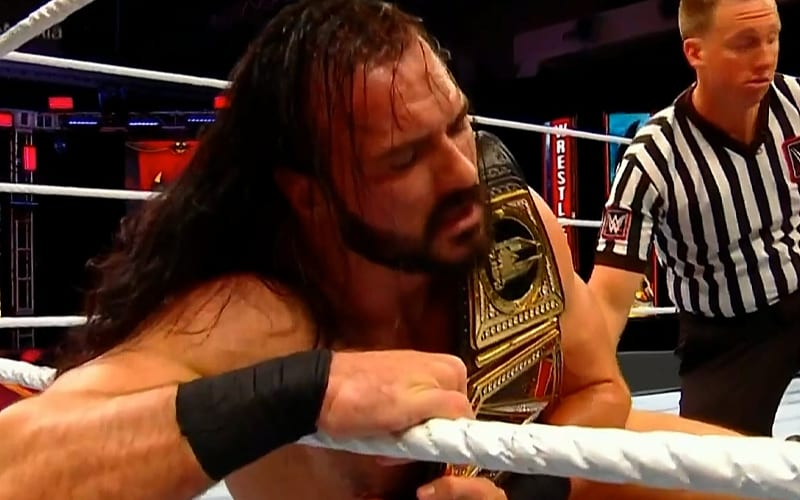 Following WrestleMania, Drew McIntyre walked back out with his new WWE Title. Sarah Schreiber interviewed McIntyre in the ring and he said that the magnitude of his WWE Title win hadn’t registered yet. He did have time to get the sideplates on the belt changed.

Drew McIntyre thanked Paul Heyman. He said that there was a point when Heyman told Lesnar to keep giving him F5s because he won’t get back up. McIntyre said that he’s had to fight to get back up his entire life. Every time Lesnar hit McIntyre with another F5, he just got angrier.

Then The Big Show came down and he had a referee in tow. Big Show got in the ring with a big smile on his face. He was in his wrestling singlet and put McIntyre over before saying that the entire locker room has him in their sights now.

McIntyre said there is nothing that Big Show can say to convince him to fight. Then Big Show slapped Drew, so a match started. This was a WWE Championship match between McIntyre and Big Show.

Then Drew McIntyre nailed a Claymore Kick off the ropes and he got the pinfall to retain the WWE Championship.