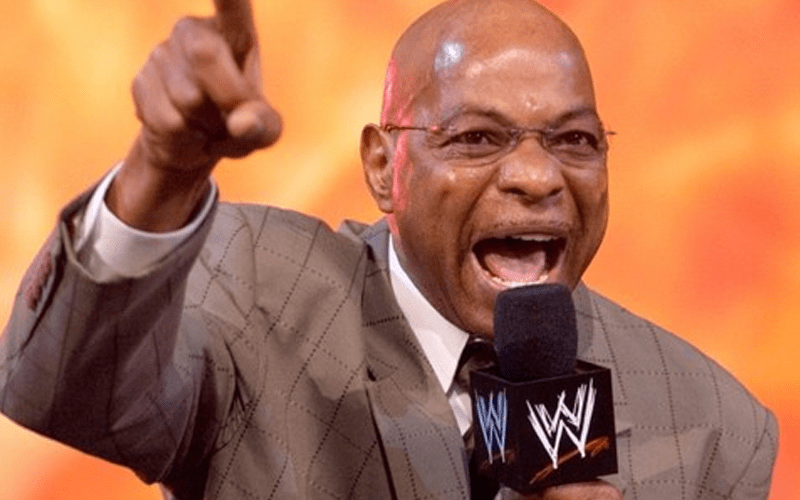 WWE did away with authority figures on television when the McMahon family made their big declaration to the WWE Universe. They said the fans are the authority figures now. Teddy Long would like to see WWE return to their former formula.

While speaking to Wrestling Inc, Teddy Long discussed WWE pulling back on authority figures. He stated that WWE was grooming people like King Corbin and Kurt Angle for that role. Long also stated that he feels WWE will bring back the idea of authority figures eventually.

“I think they should get away from it for a while and let it die down. Then bring it back because it’s what the people are wanting to see and what they’ve been waiting on,” said Long. “I think they should go back to that and there were some guys who they were trying to groom for that. Kurt Angle was one of them and [Baron] Corbin they were grooming him for it. So, I think it’s a good thing to bring them back.”

Kurt Angle was a fine babyface General Manager. He was needed to counteract top heels. He was eventually moved out of that role as well, but Angle is still with the company as a producer. We never know if WWE could pull Angle back in front of the camera.

King Corbin certainly gets a lot of time on the microphone which is key to being an effective authority figure in WWE. A heel authority figure who is able to cause fans to go into a blind rage is also incredibly useful. Corbin displayed all of those characteristics as Constable. Perhaps WWE will circle back to him calling the shots once again soon enough.