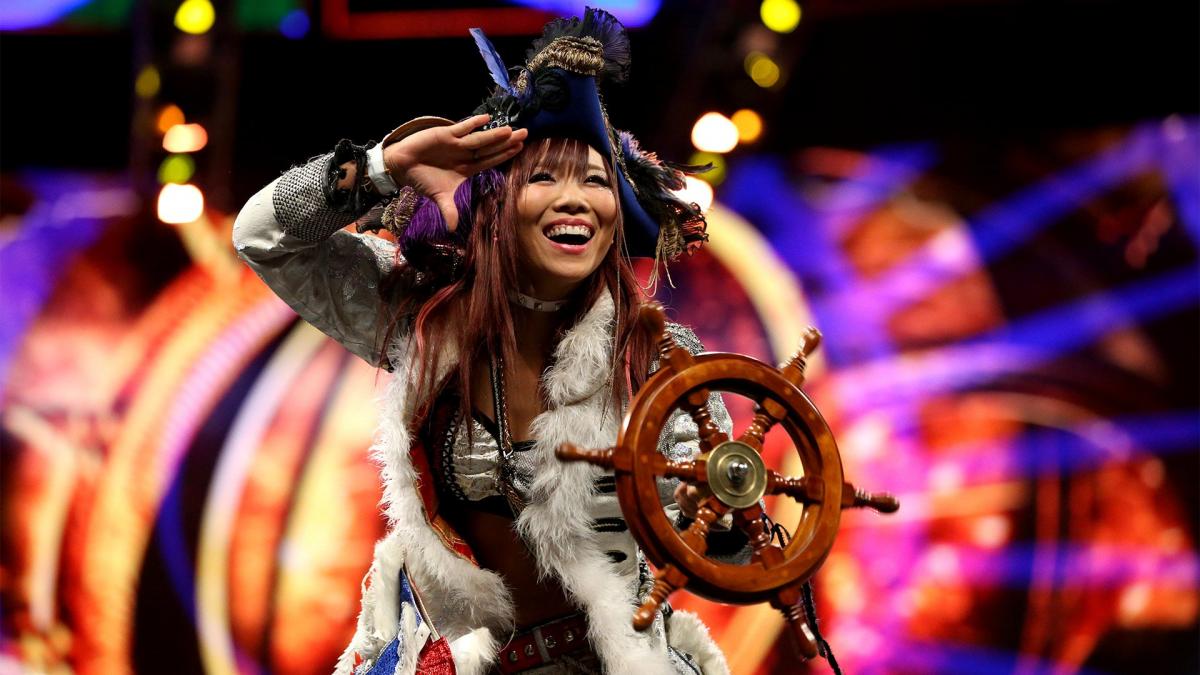 WWE needed to film all of their content at the WWE Performance Center and Full Sail Arena. The company also picked a couple remote locations for WrestleMania matches. Kairi Sane has been absent since this entire ordeal started.

Dave Meltzer noted on Wrestling Observer Radio that Sane was unavailable for the weeks that they filmed up to WrestleMania. She got married recently, but it’s unclear if that was why she couldn’t come to work. It was noted that she couldn’t wrestle again until right before WrestleMania.

“Kairi Sane’s been in Japan — she got married a couple week ago. Then you know, I don’t know if she had to be quarantined or something, but she was unavailable for most of these tapings. So, I mean she was okay for WrestleMania, but she wasn’t available until the very end. That’s why this whole promotion for the last few weeks has been all Asuka and no Kairi Sane.”

The Kabuki Warriors are set to defend the WWE Women’s Tag Team Titles against Alexa Bliss and Nikki Cross at WrestleMania. The match has already been filmed, but we’re not certain which night it will be featured on.

There was some thought of adding Beth Phoenix and Natalya to that match, but they obviously went a different direction.