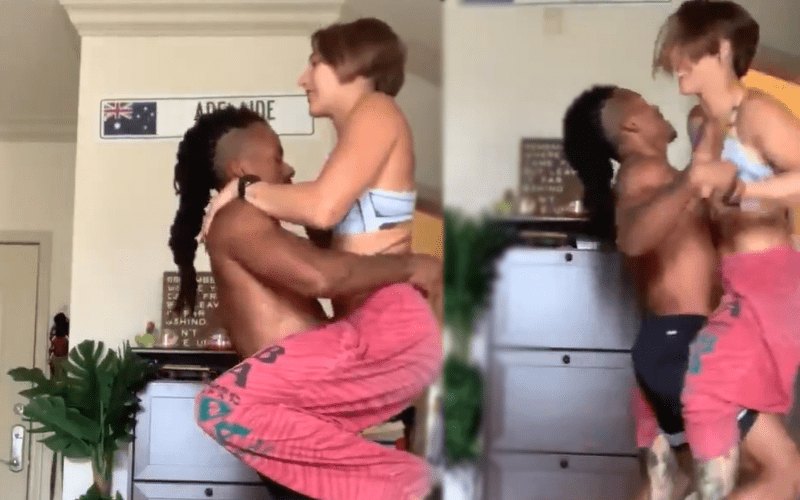 Rhea Ripley is stuck at home like so many other people. She decided to take on the Koala Challenge because there isn’t a lot going on right now. Ripley and her boyfriend were able to pull it off, but it wasn’t without consequence.

The WWE NXT Women’s Champion and her boyfriend took a couple attempts to pull off the Koala Challenge. Their most successful try resulted in Rhea Ripley going through as door. They also scared their cat as it went running as well.

Here you go everyone! Hopefully this can make you laugh in these horrible quarantine times

Rhea Ripley is slated to defend the WWE NXT Women’s Title against Charlotte Flair at WrestleMania 36.

Ripley wasn’t the only WWE Superstar to take a stab at the Koala Challenge. Killian Dain and Nikki Cross also gave it a go.

You can check out videos from Rhea Ripley’s Koala Challenge attempts below. She also provided photographic evidence of the destruction done to that unsuspecting door.