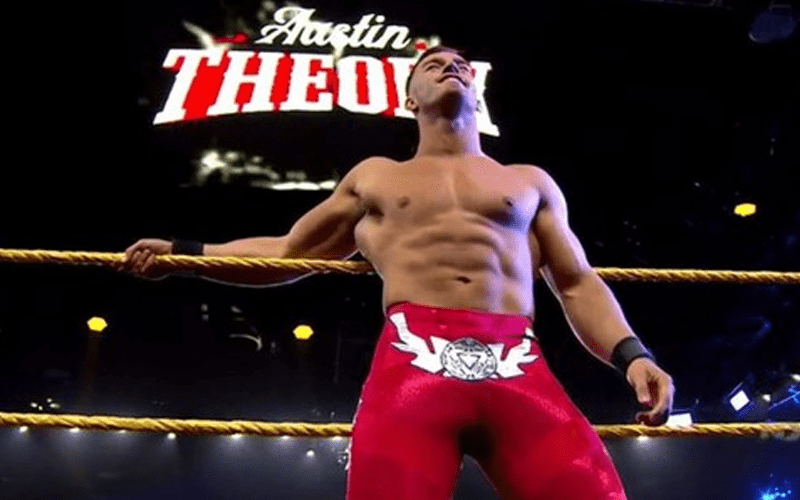 When it was revealed that Andrade had picked up an injury, many fans were left wondering who would step in and replace him alongside Angel Garza at WrestleMania 36.

Quite a few candidates had been thrown out there, but last night on RAW, Zelina Vega revealed that the replacement partner would be none other than NXT star Austin Theory.

After the show, Theory took to social media to give his thoughts on the decision.

Theory, as you can see, also spoke briefly about the spot that saw Ford land on the outside in a terrifying way, with some suggesting he may have seriously injured himself.

We’ve long since thought that Theory should be a heel if he was ever given the chance to make the move up to the main roster, and we hope that WWE continues to run with this even after Mania.

At the showcase of the immortals, however, it seems unlikely that they’ll win the titles.