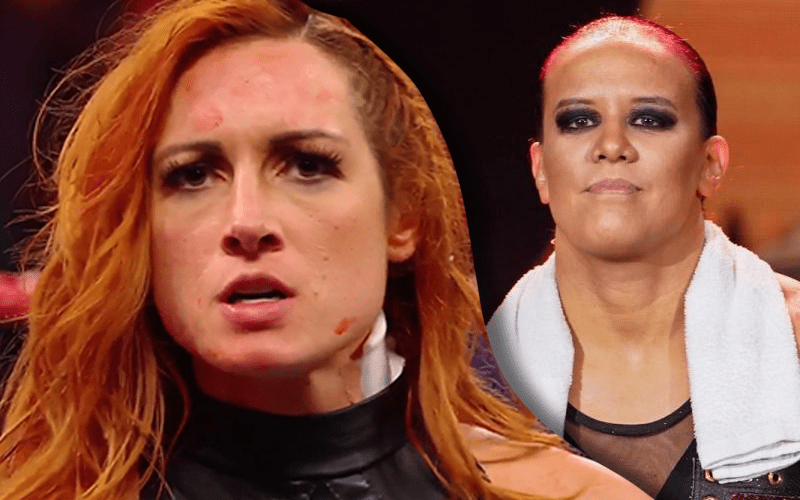 Becky Lynch and Shayna Baszler will face each other at WrestleMania 36 with the RAW Women’s Title on the line. This confrontation is happening under unconventional circumstances, but they had to make it work.

While speaking to After The Bell, The Man discussed how little she’s been able to work with Baszler. The Queen Of Spades entered NXT while Becky Lynch was already making her mark on the main roster.

Lynch discussed Baszler’s previous accomplishments and stated that it will be interesting to see what happens once they actually get down to wrestling.

“She was a top-ranked cage fighter for ten years straight. She was a pioneer for MMA, she’s held the NXT Women’s Championship for — god, I don’t know — the combined longest reign. She has this huge skill set, but we haven’t really seen much of it on RAW. I haven’t witnessed much of it first hand.”

“All we’ve had is yes, that triple threat [at Survivor Series] and a
little bit of a brawl and I smacked her in the back of the head with a chair. Apart from that, there’s been no feeling-out process. This is going to be interesting in the ring when we meet for WrestleMania.”

Becky Lynch also opened up about how different it will be to wrestle with no fans. She feeds off the crowd’s energy which posed a much different scenario at the show of shows. The fact that Becky Lynch and Shayna Baszler haven’t been able to work with each other much adds another dynamic.