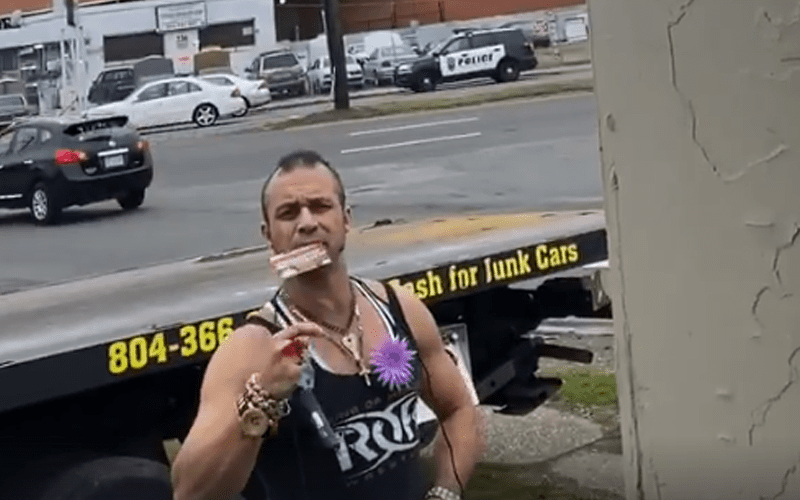 Teddy Hart was arrested again today. No official charges were posted as of this writing. This just his recent arrest after a stint in and out of incarceration.

Ace Montana tells a very troubling story about having to pull a gun on Teddy Hart today. Hart was allegedly choking out girlfriend Maria Manic and wouldn’t let her get assistance.

I literally had to pull my gun on #Teddyhart and throw him out of my friend’s house This piece of shit literally choked out and physically assaulted Maria Manic and would not let her get help. she texted me I’m in danger never ever did I think I would meet a piece of shit like this guy who has now been arrested with a felony against him. I don’t think this guy knew how close to death he was. #f*ckyouteddyheart This video is me kick him out before the cops came and arrested him

You can watch a video from his Facebook below. This is a very disturbing and quite possibly resulted in Teddy Hart’s most recent arrest. Hart is scheduled to be in court tomorrow.