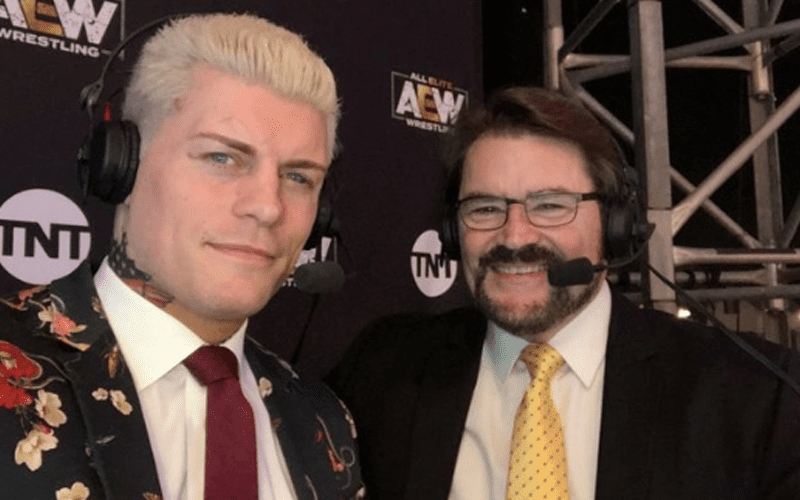 Cody Rhodes is a man of many talents, and due to the current chaos surrounding the coronavirus, he’s also been forced to take on a few other responsibilities outside his comfort zone.

One such example is commentary, and last night, he stepped in alongside Tony Schiavone to call some of the action – in the same manner that Triple H did alongside Michael Cole.

After the show went off the air, Rhodes took to social media to reflect on the experience.

Cody has always been a guy, seemingly, that prides himself on being a pro wrestler that wants to know everything there is to know about the business.

He’s proven that time and time again, and he’s also proven that he is 150% committed to getting this brand over in a big way.

As we look ahead to the future of All Elite Wrestling, we’d say they’re in safe hands.