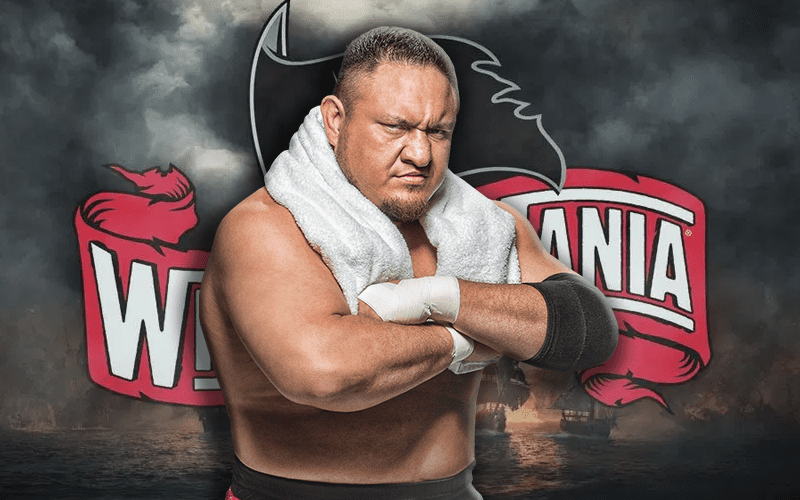 The world is a very uncertain place right now. WrestleMania needed to be bumped up in regards to filming. When they are done at the WWE Performance Center then Orange County is going on a “stay at home” order.

Samoa Joe was suspended for 30 days due to failing a WWE Wellness Policy test. It was not reported which substance was found on his test. He isn’t booked for a match at WrestleMania yet, but that could still happen.

Fightful Select reports that even though WrestleMania is taking place a week sooner, Samoa Joe is still able to work the event.

Samoa Joe is eligible to work this year’s WrestleMania shows, even though the dates were moved up. He had been suspended for a month.

The timing for WrestleMania worked out to get the show of shows recorded. We’ll have to see if they work Samoa Joe into the event.

WWE was planning some “random and sorta zany” matches for the WrestleMania 36 card. Perhaps Samoa Joe will find himself in one of the matches that are still be be added.