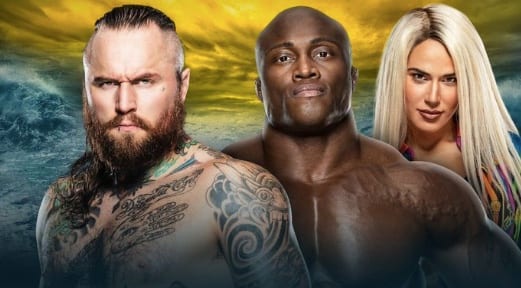 As seen on Sky Bet, the betting odds for Aleister Black vs Bobby Lashley at WrestleMania 36 have been released.

The line-up for the showcase of the immortals is getting more and more stacked by the minute, with some fans being a little bit confused by WWE’s decision to throw random matches onto the card.

One such example of that came with the announcement that Aleister Black will be going head to head with Bobby Lashley at the Performance Center.

While the match may seem odd, fans may be happy to learn that Black is currently the 1/5 favorite to walk away with the win. Lashley, with Lana by his side, is priced as the 10/3 underdog.

Both men should be going on to bigger and better things once Mania season is in the books, with being tipped as a potential main eventer. Lashley, on the other hand, has fallen short of expectations ever since he aligned with Lana.

Will they be able to produce a match of the night contender? That’ll probably be decided based on the time they’re afforded.