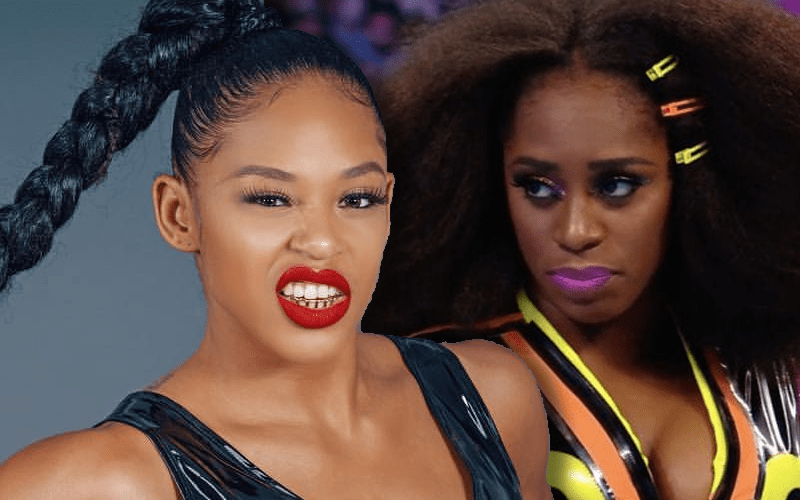 Naomi is set for a big WrestleMania title match. She also has her eyes set on the future.

While speaking to Chasing Glory, Naomi was asked about possibly working with Bianca Belair. Naomi replied with a “Hell yeah!”

Then The Glow admitted that she’s already been talking up the possibility of working with The EST Of NXT backstage in WWE. She doesn’t care how they work together, Naomi just wants it to happen

“Hell yeah! I’ve already tried to put that bug in their ear, but we’ll see,” Naomi stated. “Whether it’s together, or against each other, I think character-wise, it would be great.”

Vince McMahon is the primary decision maker in regards to what happens on WWE television. We’ll have to see if he eventual pairs Naomi and Bianca Belair up in any way. It certainly sounds like Naomi is more than ready to grab that brass ring with Belair whenever it is offered.