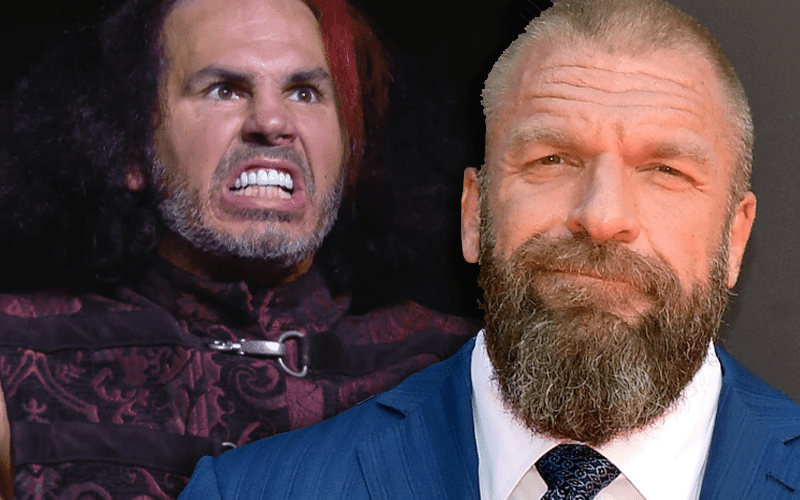 Matt Hardy decided to leave WWE. He allowed his WWE contract to expire, but Triple H still tried to get him to stick around even after that.

While speaking to Talk Is Jericho, Matt Hardy revealed how strange it was telling WWE goodbye. Everyone knew what he wanted, but that didn’t seem to change anything.

Triple H called him after his contract was up. He also believed that if Triple H was calling the shots in WWE that he would have had a much better chance at success.

“What a weird day, and it was like I’m very honest and open with everyone. I told everyone from Vince all the way down what I wanted and what I expected if I was going to stay around. Once we were on the same page, and I said, okay, well, thank you guys very much.”

“I’ll just go my own way, and even days after I left, I talked to to Triple H. It’s just like he was cool, and I feel like if if Triple H would have been the guy that was solely in power, I would have probably had a much better opportunity of kind of getting to do what I wanted creatively, but it is what it is.”

Triple H might be running WWE eventually, but Vince McMahon isn’t giving up his chair in the Gorilla Position so easily. McMahon doesn’t show up to WWE television tapings as much as he used to, but he obviously still held the power to decline Matt Hardy’s creative requests.