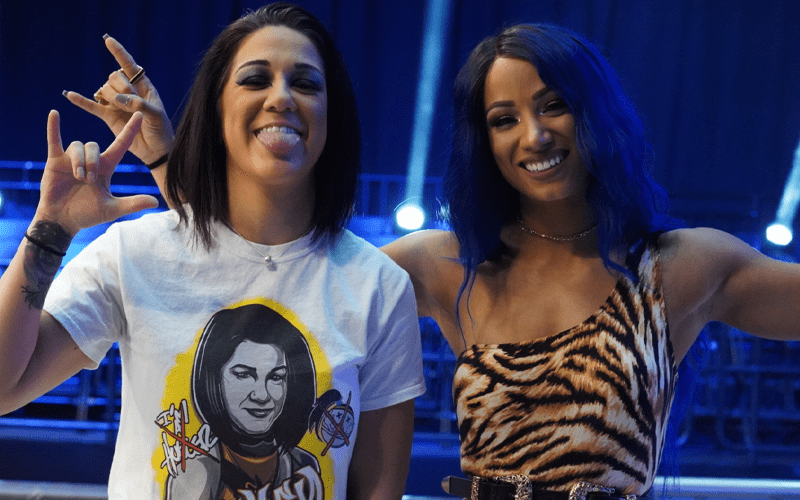 Bayley was in for a big surprise on SmackDown this week. Paige showed up via satellite and announced that Bayley will defend her SmackDown Women’s Title at WrestleMania in a six-pack challenge.

Sasha Banks was added to this match as a big surprise. Following SmackDown, Banks went off about how much she hates Paige, but she loves Bayley.

WWE made a point to let fans know that Bayley and Sasha Banks are tighter than ever.

This is a very interesting development. One might think that this could be a red herring. After all, Sasha Banks and Bayley have been enemies plenty of times in the past as well.