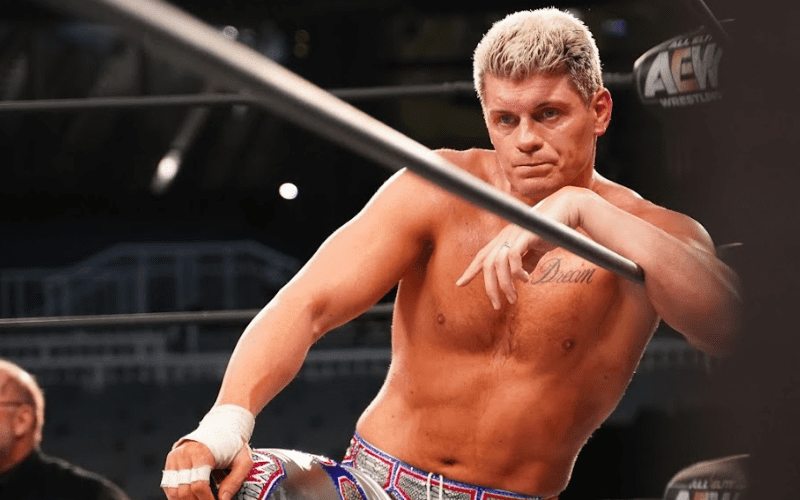 AEW had a big episode of Dynamite this week that went off as planned. The location wasn’t ideal, but they still pulled off the show they wanted to tell. Both Brodie Lee and Matt Hardy debuted for the company in what would have been a fantastic show in Rochester had they been permitted to hold the even as planned.

Some fans criticized AEW for bringing in former WWE Superstars. Cody Rhodes took to Twitter where he backed up AEW’s decision to sign both Hardy and Lee.

Talent is talent. Merit based company. We have a great roster from all types of places(mainly blossoming independent stars). It’s a great balance.

Someone tried to call AEW out for not having a diverse roster, but Cody Rhodes didn’t have time for that. He decided to shut this hater down with some facts.

More unknown then known. Fresh is the term we like. Nice balance. Fresh approach.

AEW has some big plans for the future. Their roster seems to be panning out the way they wanted it to as well. As we venture into this time of uncertainty we can be assured that AEW is not going away no matter how much the COVID-19 pandemic messes with Dynamite tapings.