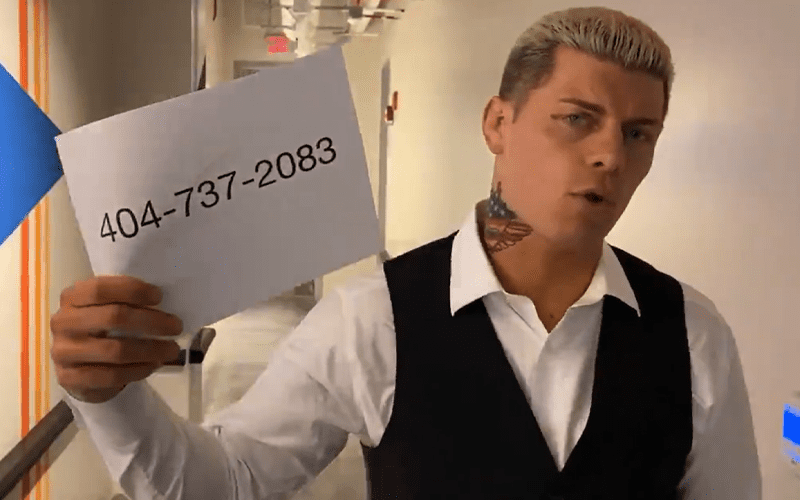 Cody Rhodes wants to know how AEW is doing and he’s going directly to the fans. The Young Bucks recently revealed their phone number and welcomed texts. Now the American Nightmare is joining them.

AEW posted a video to their social media where Cody Rhodes invited fans to text him. He’s looking forward to talking with fans and seeing what they have to say.

AEW fans have a lot of opinions so Cody Rhodes’ phone is likely to blow up after this. Seeing how so many people are self quarantined they might have plenty of time to come up with great questions for Cody Rhodes.