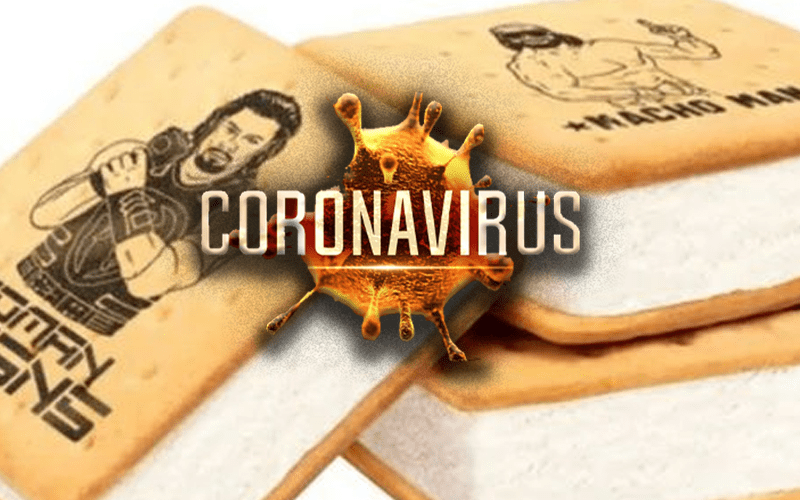 WWE had a lot of plans that needed to be switched around due to the current coronavirus pandemic. That apparently reached all the way to plans for their new ice cream bars.

During PW Insider Elite audio, Mike Johnson revealed that WWE’s plans to roll out their new ice cream bars with Good Humor is affected by this COVID-19 situation as well.

WWE ice cream sandwiches are already in some areas. They are a bit different, but the nostalgia is certainly there.

WWE isn’t the only organization that has to make adjustments due to the coronavirus pandemic. Now the new WWE ice cream bars will probably start rolling out with a much quieter re-introduction unless WWE decides to give them a spotlight.