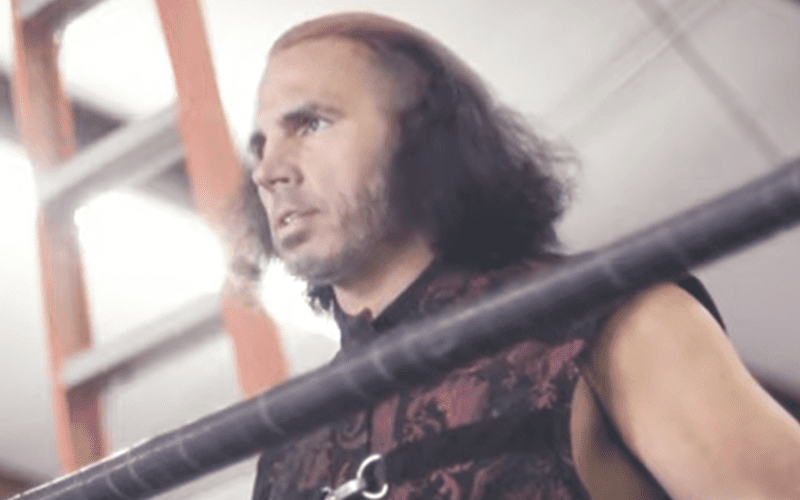 Matt Hardy really had a lot of people wondering if he was going to be the Exalted One. That wasn’t the plan for him in All Elite Wrestling at all. Brodie Lee, former WWE Superstar Luke Harper was revealed in that role.

Hardy released another episode in the Free The Delete series during Dynamite. This episode was marked as a “Finale.”

This episode picks up with Matt Hardy’s reincarnation. Then Rob Ryzin was shown being escorted in by Senor Benjamin. Ryzin was in handcuffs, but he said they were for Hardy’s protection.

Hardy invited Ryzin in the ring where asked him to swear his allegiance. Ryzin said no and then he called Hardy “Zenith.” Hardy said that Zenith doesn’t dwell in his vessel anymore, he’s dealing with Damascus now.

Then they had a fight in the ring at the Hardy Compound. You can watch the video for the whole fight. It ended with putting Ryzin through a table. Then Vanguard 1 was shown flying off to take Hardy to his Arcadia.