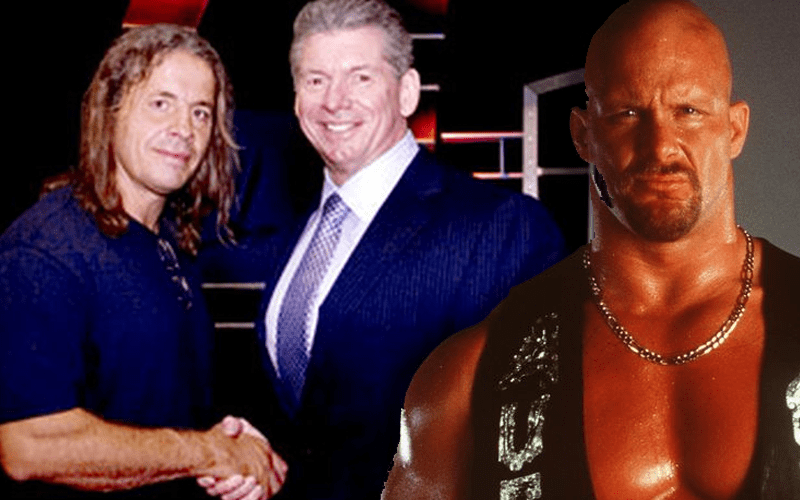 Bret Hart and Steve Austin were great opponents in the ring. It turns out that Hart was also a big fan of The Rattlesnake’s behind the scenes.

Vince McMahon might not have realized how valuable Steve Austin is unless Bret Hart pointed him out to The Chairman. In fact, Steve Austin might have never ended up in WWE at all.

During the Broken Skull Sessions, Bret Hart shared a story that he said has never been told. Apparently, Austin’s arrival in WWE had a lot more to do with The Hitman than some might realize.

“I was going to Vince all the time and I was trying to get him to sign new guys and I was talking about you [Austin], and you were in ECW. I said, ‘Why didn’t you grab Steve Austin? He was free, he was available. You’re looking for new guys all the time and they just let him go down at WCW. I don’t know why you didn’t grab him.'”

“I talked to Vince about and I remember the next week you were in the dressing room.”

Steve Austin remembers Bret Hart once telling him, “I saw you coming before you did.” Now that makes so much more sense.

Austin was able to take his opportunity in WWE and run with it to become one of the biggest Superstars of all time. Bret Hart seems to have played his part as well to help Austin get his foot in the door.