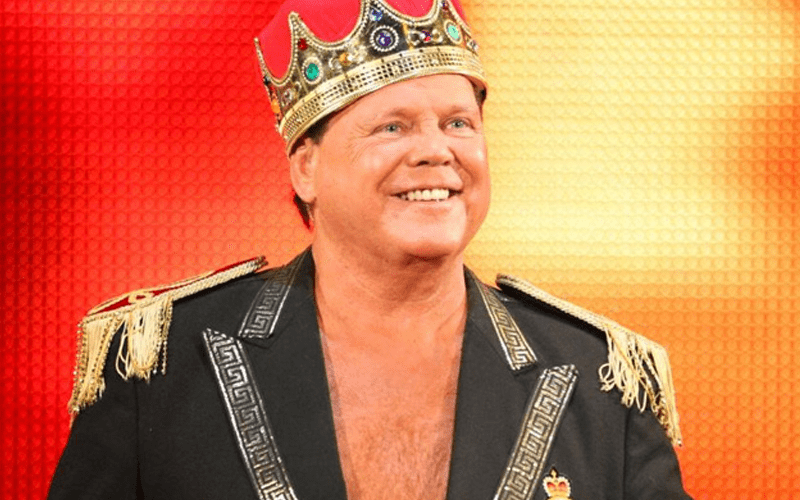 WWE brought a live episode of RAW this week to the USA Network this week. Jerry “The King” Lawler was there for the show. He had previously spoken about how he does not intend to alter his life due to the coronavirus.

When Lawler started traveling, he certainly noticed a difference. The world seems like a much different place than it was just a few shorts days ago.

Memphis ABC 24 spoke to Jerry “The King” Lawler. He talked about how strange it was to travel during the coronavirus pandemic. He doesn’t know what to think about the whole situation, but in a world with no sports WWE is providing a diversion for fans.

“I really don’t know what to think about this. I’ve been in the wrestling business for nearly 50 years and traveled and seen just about everything but I’ve never seen anything like this so far. I think all you have to do is ask anyone who sat on a Sunday with no sports on TV. It was just unbelievable.”

“I don’t know how many times I sat there looking at my TV and said, “oh my gosh, what is happening here. I think that it’s a good diversion. It gives people something to take their mind off with all this bad news.”

WWE made different plans for WrestleMania as well. They will produce the show of shows from the WWE Performance Center with zeros fans.

The show of shows will be a closed set this year. It’s not clear at this point if Jerry Lawler will be a part of that broadcast. There is also a rumor going around that WWE doesn’t expect Orlando to allow them to carry on with their WrestleMania plans.