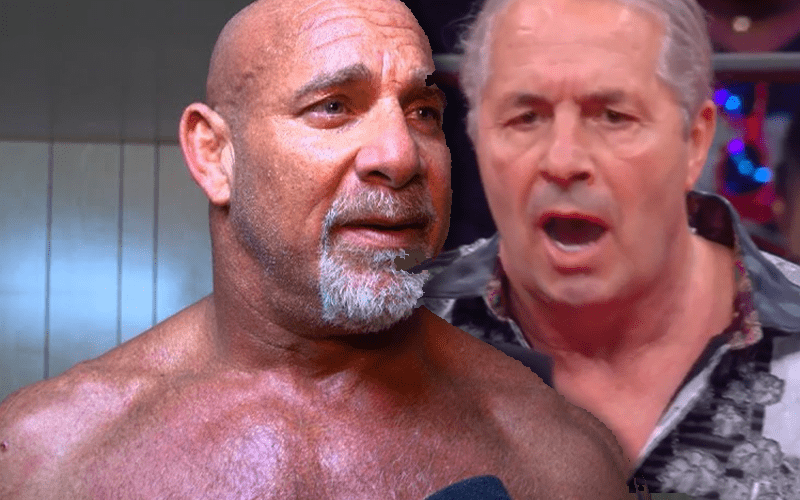 Hart unloaded on Goldberg calling him unprofessional. He also said that Goldberg hurt everyone he ever locked up with in the ring.

“I always knew what I was doing and I would hurt myself before I hurt another wrestler. I just wish some of the wrestlers I worked with especially in the end like Goldberg — Goldberg to me was one of the most unprofessional wrestlers there was in the business.”

“Even when I worked with Bill, the last thing I said to Bill before we went out to have that match that ended my career. I said, ‘Bill you can do whatever you want out there, just don’t hurt me.'”

Goldberg has expressed remorse for giving Bret Hart that career ending concussion. It seems like Hart isn’t over it.

WrestleMania 36 will see Goldberg vs Roman Reigns. As of this writing the event is still on. Let’s see how the Big Dog does against a man who Bret Hart might warn him about facing.