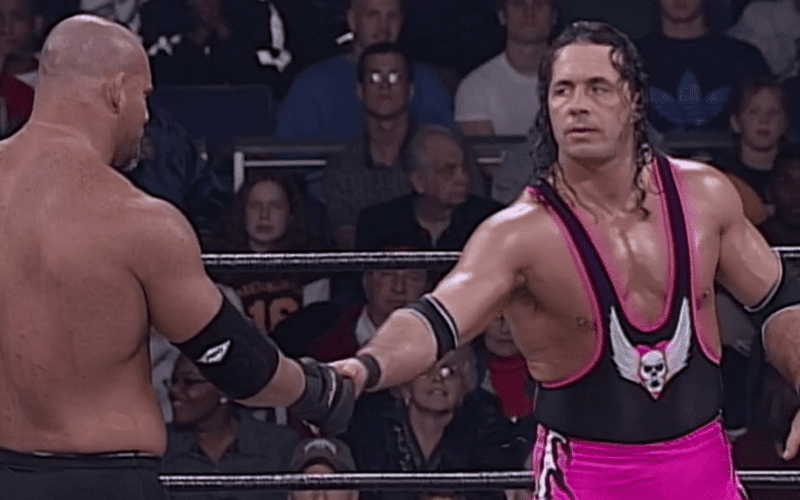 Bret Hart famously suffered a concussion during a match against Goldberg in WCW. This will be remembered as the injury that caused an end to The Hitman’s career.

While speaking to Inside The Ropes, Goldberg opened up about that fateful night when he delivered a kick to Bret Hart’s head. He said that accidents happen, but he will “forever be remorseful for the misplaced kick.”

“You know what happened happened. There have been things that have been said on the internet by Bret or by other people that I was malicious or he should not have been in the ring with me, and I’m really sorry man, but if I really wanted to hurt the guy, he wouldn’t have gotten up. No joke.”

“But accidents happen and he was an idol of mine, still is, and that’s one thing I forever be remorseful for is the misplaced kick. There are a couple things in my career that I wished I could have changed. That was one of them. The length that I had an angle with him and my ‘inability to be professional enough’ to pull the kick, but it meant very much to me to be believable. “

You never know what can happen when two professionals step in the ring. One wrong move can end a career forever and put the other in a position where they are forever blamed for an accident. It sounds like Goldberg is very sorry for this mistake that he’s still talking about all these years later.