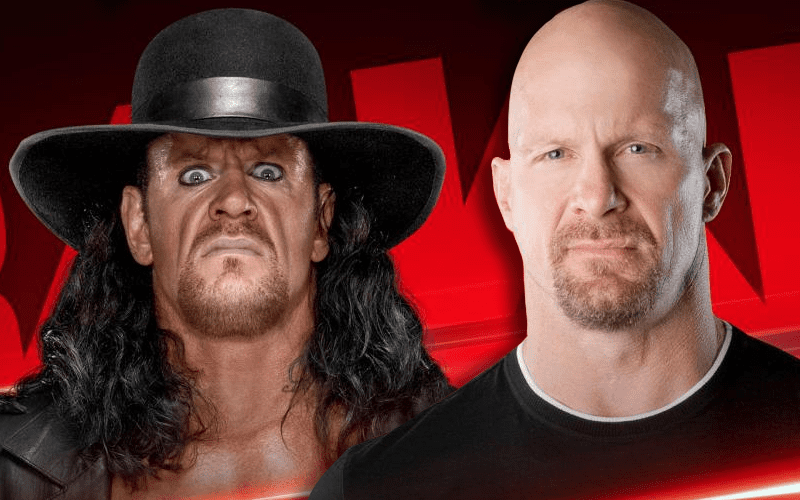 WWE Raw is set to take place from the WWE Performance Center this week. There will be no crowd due to the coronavirus outbreak.

Edge is already on is way and The Undertaker and Steve Austin are also promoted for the show. All three legends will be in Orlando for Raw.

PW Insider reports that The Undertaker and Steve Austin are already in Orlando ahead of Raw. They will be on the show and made it there just fine.

The Undertaker and Steve Austin are already in Orlando for tomorrow’s Raw, PWInsider.com has been told.

So, if you were wondering if they would miss the show at the last minute, that is not going to be the case.

This will undoubtedly be a difficult time for a lot of people. Thankfully, pro wrestling is doing everything it can to stick around.

Both WWE and AEW plan on continuing with their shows during this uncertain time. We’re not going away either and thank you for reading all about it right here at Ringside News.