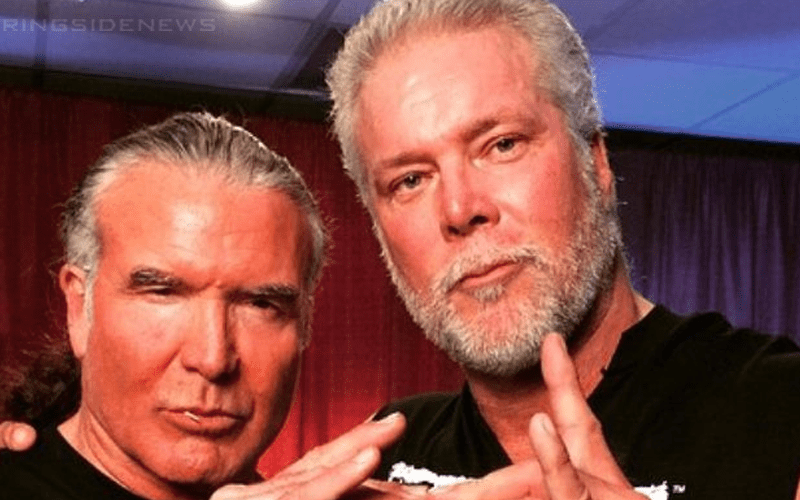 The coronavirus has now plunged America into a national state of emergency. Kevin Nash and Scott Hall aren’t taking any chances.

The soon to be two-time WWE Hall Of Famers will not be attending the Toy Con as previously advertised in Las Vegas. This is a bummer for fans and for Kevin and Scott, but Big Sexy said “it’s a no brainer.”

Due to the health concerns for our fans both Scott Hall and myself will not be traveling to Las Vegas for the Toy Con. When billion dollar entity’s NBA NCAA March Madness determine it’s not in the interest of their fans health it’s a no brainer. Hope to see you once it’s clear

Nash and Hall likely won’t be the only stars to cancel upcoming appearances. A lot is happening in the world of pro wrestling and the planet in general. We thank you for reading about it right here at Ringside News.