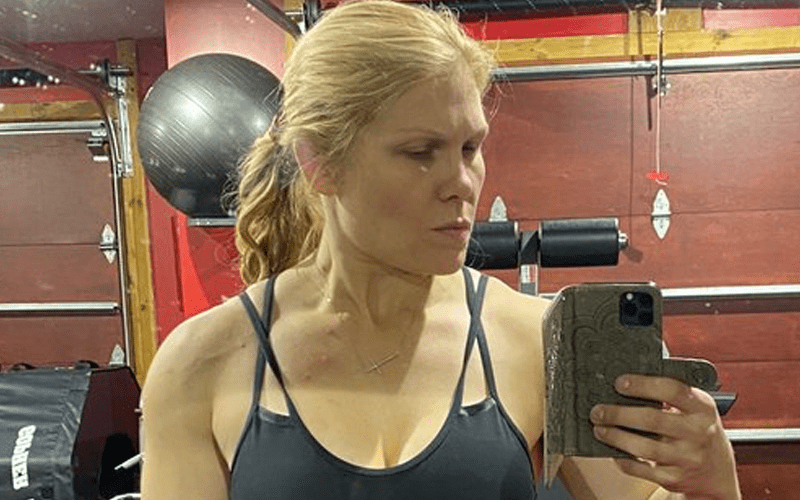 Beth Phoenix might not be done on the road to WrestleMania. There could be time for her to make a return to the ring and get involved in a WWE Women’s Tag Team Title match.

The Glamazon isn’t happy. She was hit with an RKO and Edge was unable to get his retribution the next week. Now Beth Phoenix is working out hard and preparing for anything.

The only word Phoenix used as a caption was: “Mad.” That pretty much sums up her current state of mind.

You can check out the photo below. She definitely doesn’t seem to be in a good mood at all.