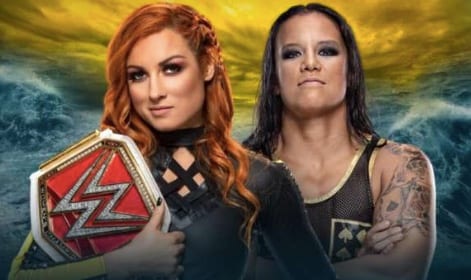 As seen on Sky Bet, the betting odds for Becky Lynch vs Shayna Baszler at WWE WrestleMania 36 have been released.

The rivalry between Lynch and Baszler, in many ways, has been building ever since their interactions at Survivor Series. Now, we’re at a point where it seems pretty clear to say that Baszler is the biggest threat to Lynch’s title yet.

There are many different theories as to which direction this match is going to go in at the showcase of the immortals, and that’s the best possible scenario for a showdown of this magnitude.

In terms of the odds, it’s a toss up. Both Becky Lynch and Shayna Baszler are priced at 5/6 to win the match and walk out of WrestleMania with the RAW Women’s Championship over their shoulder.

If Baszler does end up being the one to win the match and the title, there’s a very good chance she could end up beating Becky in quick order – giving Lynch the kind of redemption storyline she’d need to climb back to the top.

If Lynch wins, expect it to be the kind of struggle that you’d expect when facing off against someone like Baszler.