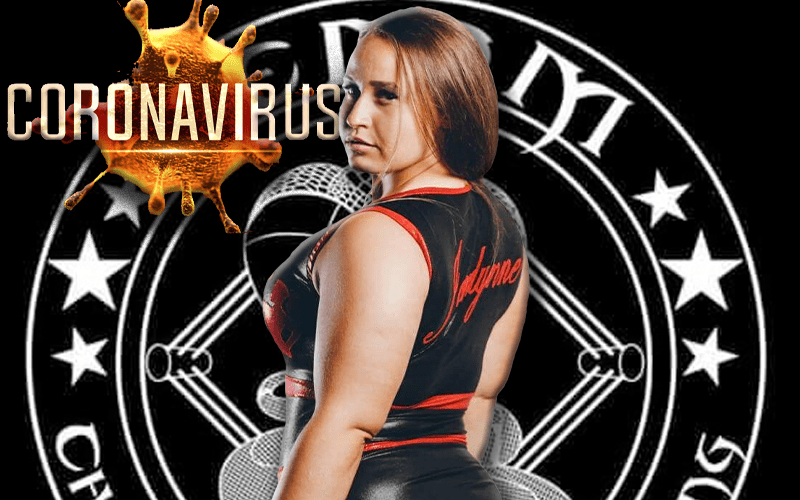 The coronavirus is raising a lot of concerns. Elderly people are at a greater risk of dying due to the virus as well. Jordynne Grace understands this very and she’s not running the risk.

The Impact Wrestling Knockouts Champion posted to Twitter saying that she’s pulling out of the Venom Championship wrestling event on March 14th in Alabama.

Grace explained that she will have several elderly family members at her wedding. She is set to marry ROH star Jonathan Gresham in a few weeks, and she can’t run the risk of getting anyone sick.

I have unfortunately made the decision to pull out of Venom Championship Wrestling 3/14.

With my wedding being less than two weeks away and many elderly family members attending, I don’t want to take any chances with their health.

My apologies, but I will be back soon!

This is unfortunate, but we might start seeing a trend of more wrestlers pulling out of events because they don’t want to run the risk of traveling. Sometimes it’s not about the people you encounter at the event, it’s who you encounter along the way who could also be infected.