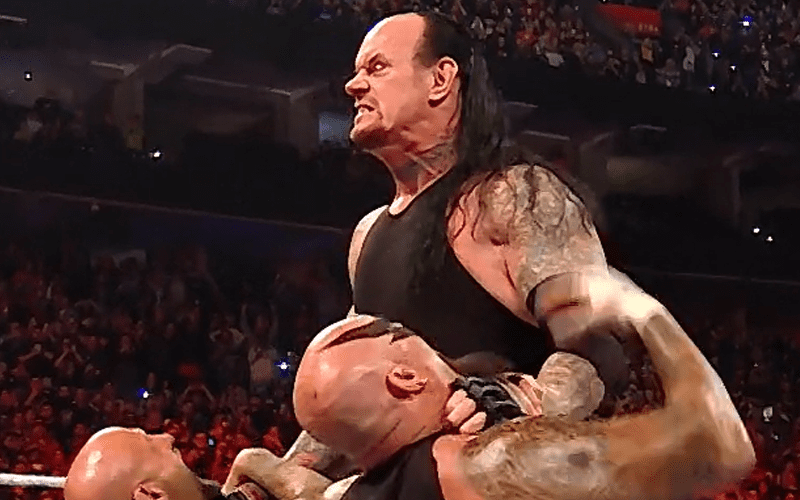 WWE Elimination Chamber is the final pay-per-view on the road to WrestleMania 36. They had a surprise up their sleeves as The Undertaker returned.

AJ Styles had a No DQ match against Aleister Black. It looked like The OC was going to help AJ Styles win. Then the lights went out, and The Undertaker showed up.

Taker hit a chokeslam on AJ Styles after taking out Luke Gallows and Karl Anderson. Then the lights went back off. He was gone when the lights came on. Aleister Black hit a Black Mass and won the match after that.

It looks like AJ Styles vs The Undertaker is the planned match at WrestleMania. Aleister Black got to pick up a big win along the way.