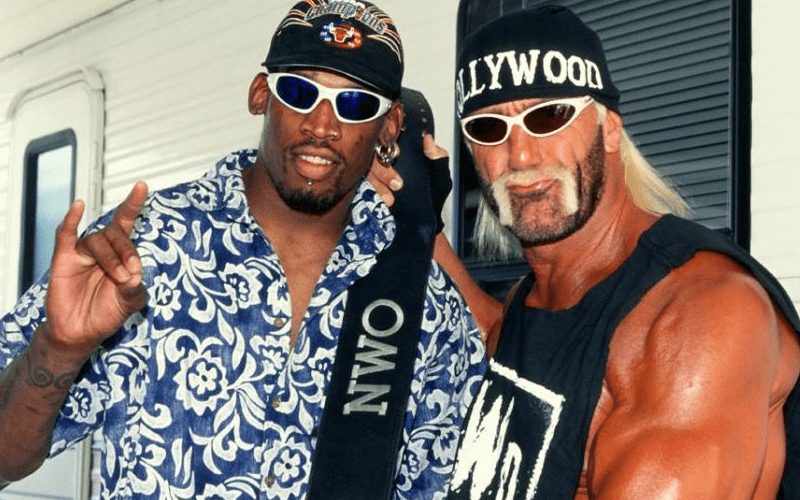 Dennis Rodman had a stint in WCW and now WWE is going to pay tribute to The Worm’s contributions.

WWE revealed that a Dennis Rodman documentary is coming to the WWE Network. Dennis Rodman’s edition of WWE Untold is set to debut on March 22nd at 10:00 AM EST.

Now, for the first time ever, Rodman will tell his version of events, providing never-before-heard details about that marquee match and much more.

This could be quite an interesting subject to dive into. It is also very interesting that Rodman is receiving a focus.

We’ve seen celebrities receive a Hall Of Fame induction with less dealings in pro wrestling than Dennis Rodman had during his run in World Championship Wrestling. This should be an interesting episode of Untold.