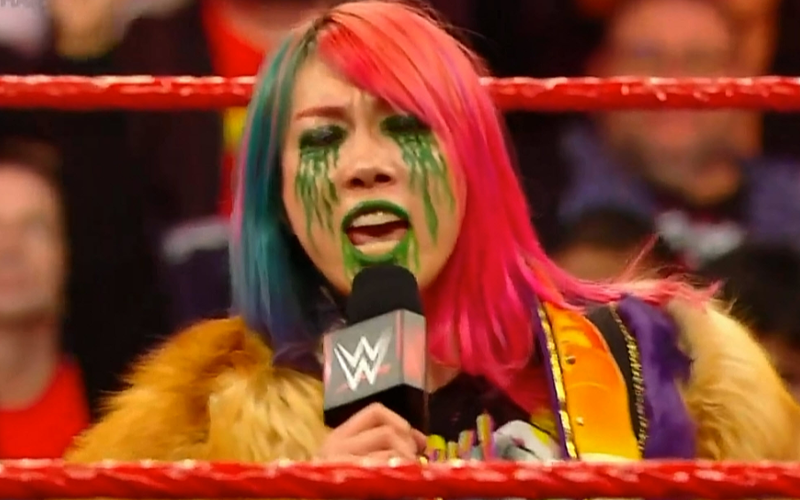 Asuka was unable to wrestle in her scheduled match against Shayna Baszler this week on RAW. Kairi Sane needed to fill her spot, but The Empress Of Tomorrow’s injury is legit.

Dave Meltzer noted on Wrestling Observer Radio that Asuka injured herself during a Maryland house show. It doesn’t appear that her injury is major so there is hope that giving her a few days to heal up will do the trick.

“That’s legit. She hurt herself at Salisbury Maryland in a tag match. It was Becky Lynch and Charlotte Flair vs Asuka and Kairi Sane. They’re hopeful that it will be okay by the pay-per-view on Sunday. It was a sprained wrist.”

We previously reported that WWE is hopeful that Asuka will be able to work the Elimination Chamber match this Sunday. It might not be a bad injury, but it was enough to keep Asuka from her match against Shayna Baszler this week.