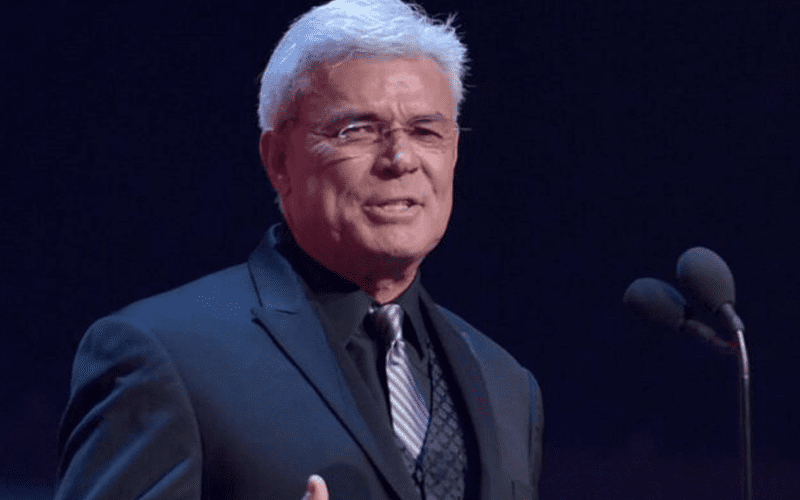 Eric Bischoff was brought back to WWE last year as the Executive Director of SmackDown. About three months later he was fired. Bischoff’s name hasn’t come up in the WWE Hall Of Fame yet, but Kevin Nash believes he deserves it.

Nash is set to receive his second WWE Hall Of Fame ring this year. He received a solo induction and he will also go in as member of the nWo.

Hulk Hogan, Scott Hall, Sean Waltman, and Nash all all receiving their second WWE HOF rings as members of the nWo. A lot of fans agree that Eric Bischoff deserved the recognition too. When given the opportunity, Kevin Nash put over Eric Bischoff in a huge way.

I feel Eric should go in alone. His contributions warrant a solo induction

Kevin Nash doesn’t make the call for WWE Hall Of Fame inductions. That is all Vince McMahon’s decision.

Only time will tell if McMahon will eventually call Eric Bischoff’s name for a Hall Of Fame induction, but it’s not happening this year.