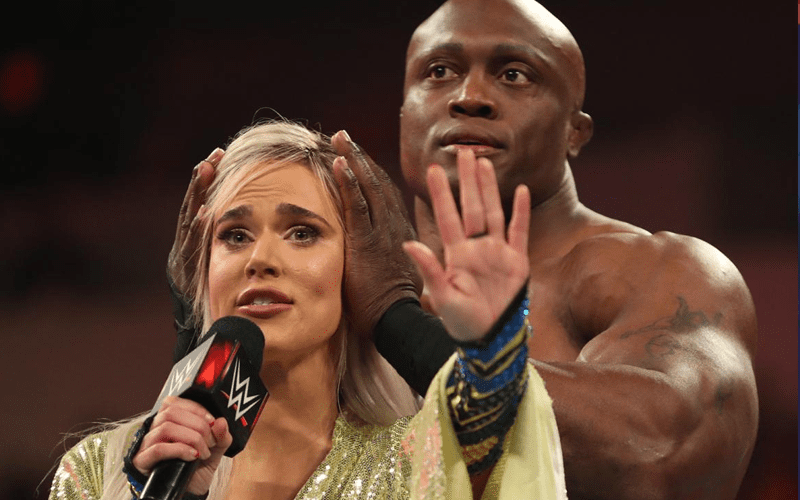 Bobby Lashley cut a promo last week saying that if fans didn’t like him and Lana now then they’ll like them even less very soon. This week they weren’t even featured.

PW Insider reports that Bobby Lashley was backstage at Raw this week. Lana wasn’t there and the word was that she was off shooting a project.

Bobby Lashley was backstage but Lana was not.  The word making the rounds was that she had booked a film role and was shooting.

Lana was very happy with her new WWE contract. The multi-year deal is worth millions and she is also permitted to take advantage of other opportunities outside of the company.