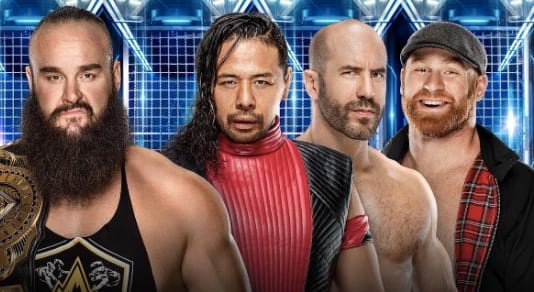 As seen on Sky Bet, the betting odds for Braun Strowman vs Cesaro, Shinsuke Nakamura & Sami Zayn at WWE Elimination Chamber have been released.

The Intercontinental Championship is set to be on the line at the Chamber event this Sunday, as Braun attempts to take another step closer towards getting the chance to defend his belt at the showcase of the immortals.

Alas, with the odds stacked against him, this could be the perfect opportunity for WWE to take the belt off of the Monster Among Men.

The odds currently have Strowman as the 1/5 favorite to retain the title and head into WrestleMania as champion. On the other hand Zayn, Nakamura and Cesaro are the 10/3 underdogs despite the numbers seemingly being in their favor.

They’re building up a good story with Zayn and company, all three of whom seem to believe that they have been mistreated over the years. However, if they lose a handicap match of this nature, those feelings will surely only continue to escalate.

Now, it’s all about seeing just how much WWE wants to get behind this IC Championship reign of Braun’s.