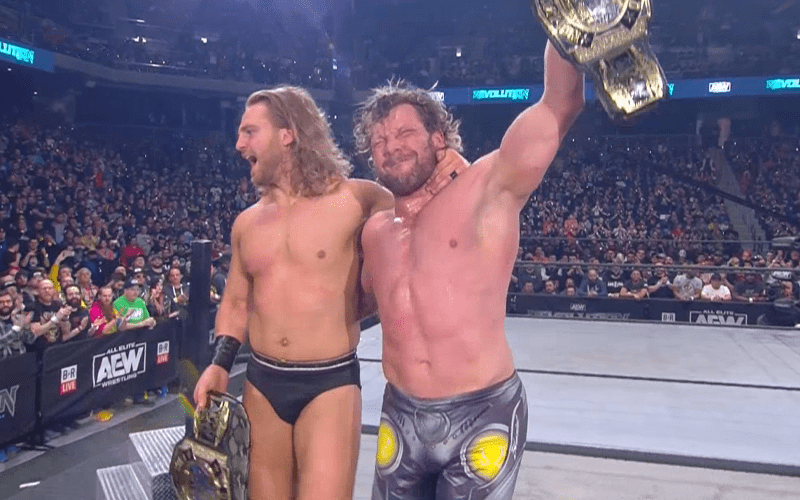 Kenny Omega and Adam “Hangman” Page walked out of Revolution as AEW World Tag Team Champions. They were able to successfully retain their titles against the Young Bucks, but there might have been an injury.

Word going around backstage is that Kenny Omega’s hand was banged up after his instant classic tag team match at AEW AEW Revolution. Initially it was feared he could have suffered a broken hand, though we don’t know if that’s the case or the severity of the injury

Hopefully, Kenny Omega will be okay. He certainly went all out at Revolution. He’s still got a title so if he is injured it will be very interesting to see how AEW handles having an injured champ.