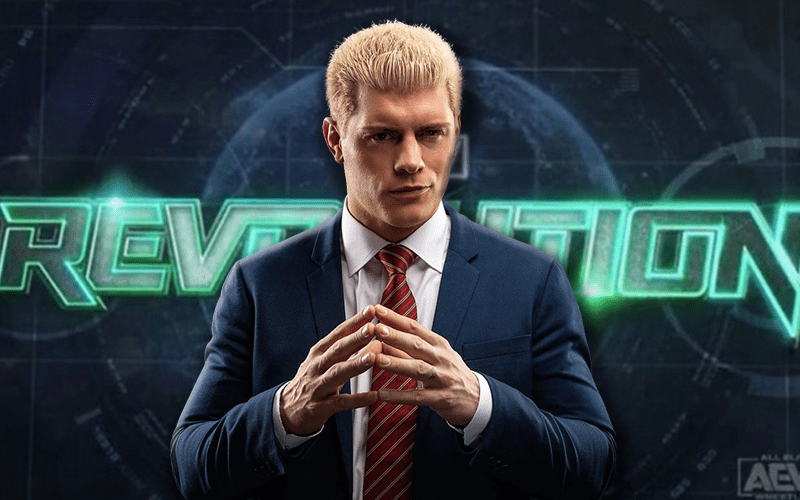 WWE is the established norm in pro wrestling already. WrestleMania is synonymous with a large spectacle and big matches. All Elite Wrestling could have an answer to that this Saturday.

While speaking to Newsweek, Cody Rhodes discussed the on-going question about AEW’s version of WrestleMania. AEW hasn’t designated one event as their own show of shows. He then said that Revolution very well could fit that bill.

“A lot of people ask us, ‘What’s your WrestleMania? What’s your big event? We’ve never designated one event as the big event out of our four pay-per-views. But just kind of going with what my gut is feeling and seeing the marketing element, the thematic element, the staging element, I think Revolution may end up being the big one … If I’m wrong, that means one of the others is the big one, so it’s OK. But I have just such a good feeling about February 29th.”

AEW Revolution will be a loaded show and we will have full coverage right here at Ringside News. A lot is at stake as AEW continues building momentum while putting another pay-per-view event under their belts.