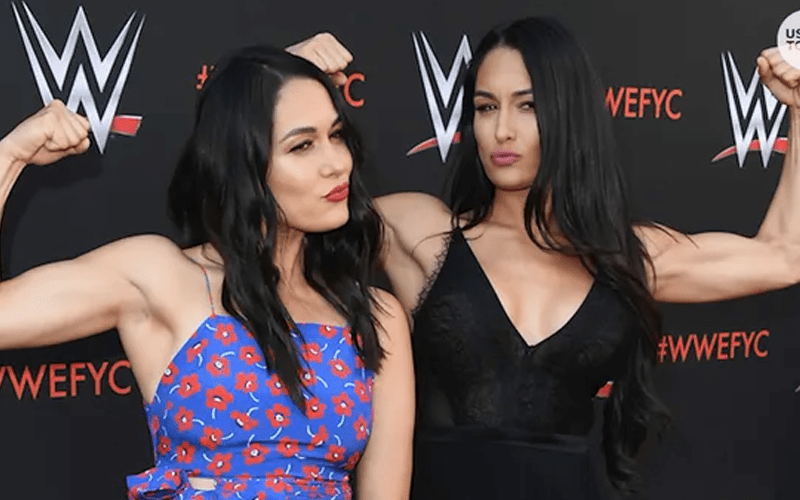 The Bella Twins are going into the WWE Hall Of Fame. When they got the phone call about their inductions they didn’t know what to think.

While appearing on WWE Backstage, Nikki and Brie Bella opened up about who called them about their WWE Hall Of Fame inductions. Brie Bella revealed that Vince McMahon called them himself. This led her to ask Nikki what she told the media because she though her sister’s mouth had gotten them into trouble.

“It’s funny when Nikki and I got the called, Vince [McMahon] called us both. We saw his missed call and my first reaction was, ‘Nikki, what did you say in the press?’ We thought we were in trouble, we called Vince back, together, and when he told us, we were shocked, ‘What? This year?'”

“When you’ve worked hard for so long and have fought for so many things and have the one man who you not only look up to so much, but also gave you incredible opportunity,” Nikki responded. “To have him call and—Vince said the sweetest things.”

There are a lot of reason why Vince McMahon might call someone. Inducting them into the WWE Hall Of Fame is certainly one of the preferred reasons.

The Bella Twins will join Batista and the nWo in this year’s WWE Hall Of Fame class. “The British Bulldog” Davey Boy Smith, Jushin “Thunder” Liger” and JBL are also reported, but not yet confirmed.