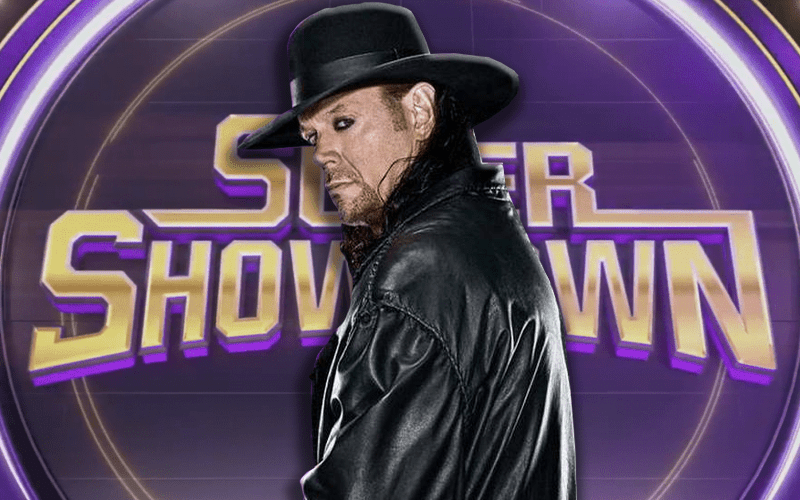 WWE is going back to Saudi Arabia for another Super ShowDown event. They are also bringing a big surprise with them.

Dave Meltzer noted during Wrestling Observer Radio that The Undertaker is flying to Saudi Arabia with the rest of the WWE crew. He is not booked or advertised for WWE Super ShowDown, but he will be making an appearance.

It was stated that The Undertaker is likely to start his feud with AJ Styles in some way during Thursday’s pay-per-view show from Saudi Arabia. WWE has switched around plenty of matches for WrestleMania, but Styles vs Taker is still on the books.

AJ Styles is set to take on Rey Mysterio, Andrade, Bobby Lashley, and R-Truth in a Gauntlet match for the Tuwaiq Trophy at WWE Super ShowDown.