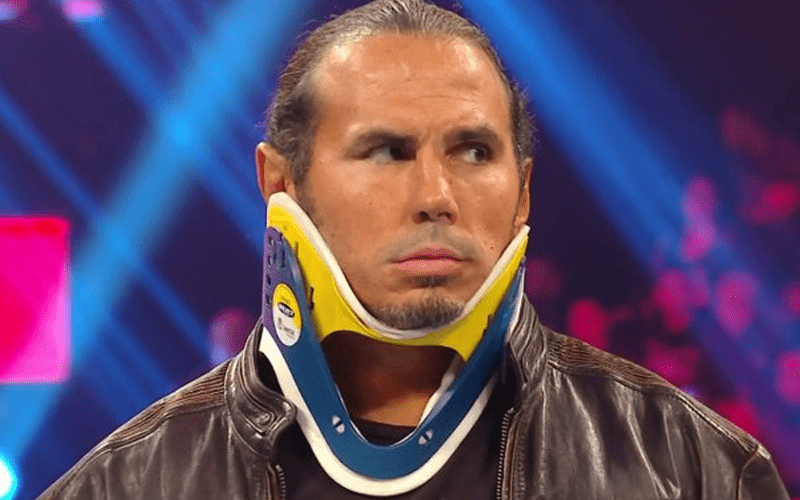 Ever since Matt Hardy was dismantled at the hands of Randy Orton, fans have been wondering if – and when – Matt’s famous ‘broken’ persona would be returning to WWE programming.

Regardless of whether or not it happens in WWE or potentially in All Elite Wrestling, people are just excited about the possibility of Matt being able to step back into a persona that has brought him so much success over the years.

One man who isn’t afraid to fuel the fire of these rumors is Matt himself who continues to tease a big change on social media.

He knows exactly what he’s doing with the wording of many of these tweets and while it may seem a bit tedious to comb through these messages, it does feel like we’re reaching a natural conclusion to this saga.

Logically speaking it seems and feels like staying in WWE is going to be the direction that Hardy goes in, if only because a whole lot of work would need to be done in order to get him to AEW – and if you want to strike while the iron is hot, now is the time to do it.

Whatever happens from this point on, Matt has once again proven that he is a master when it comes to winning over the fans.