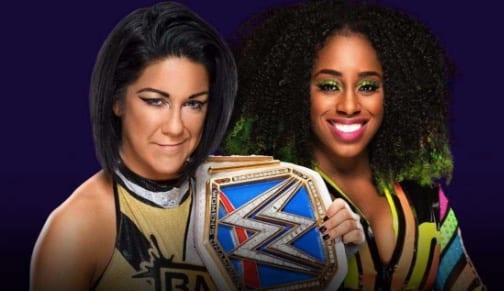 As seen on Sky Bet, the betting odds for Bayley vs Naomi at WWE Super ShowDown have been released.

This match will mark the first time that a women’s title will be defended over in Saudi Arabia as Bayley prepares to put her SmackDown Women’s Championship on the line against Naomi.

While Naomi has been on a decent run ever since she made her return, the popular opinion is that Bayley will be the one to walk into WrestleMania with the title still around her waist.

The betting odds certainly seem to support that theory with Bayley currently priced as the firm 2/5 favorite to walk out of Saudi Arabia with the title still intact. On the flip side of that, Naomi is the 7/4 underdog to reclaim the title that she captured at WrestleMania 33 three years ago.

Bayley finally seems to be drawing some natural heel heat after months of trying, and that alone should be enough to make this match intriguing – and it always helps when you’ve got someone as insanely talented as Naomi standing opposite you.

The plans for WrestleMania regarding the title seem to indicate that Bayley vs Sasha Banks could wind up taking place, but even if that isn’t the case, the division is still coming along nicely.