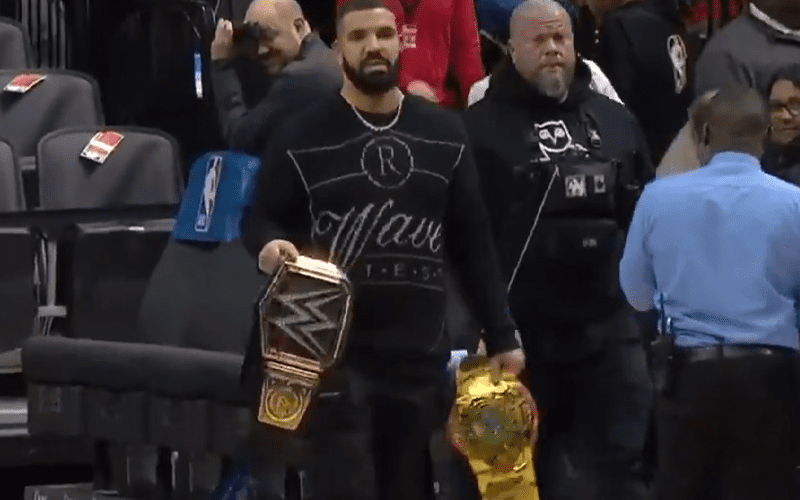 Drake shows up when and where he wants to. He has that luxury because he is Drake. The famous rapper recently caught some NBA action, and he had some familiar hardware with him.

Drizzy showed up at the Raptors and Bucks game with two WWE Title belts in tow. He got some serious attention for those belts. People obviously paid attention too because it was Drake carrying them.

You never know who might be a big WWE fan. You also apparently never know when Drake will show up in public toting title belts. He had the WWE Championship and the limited edition Hulkamania WWE Title as well.

You can check out the clip below. They definitely seemed entertained by seeing Drake take in an NBA game.