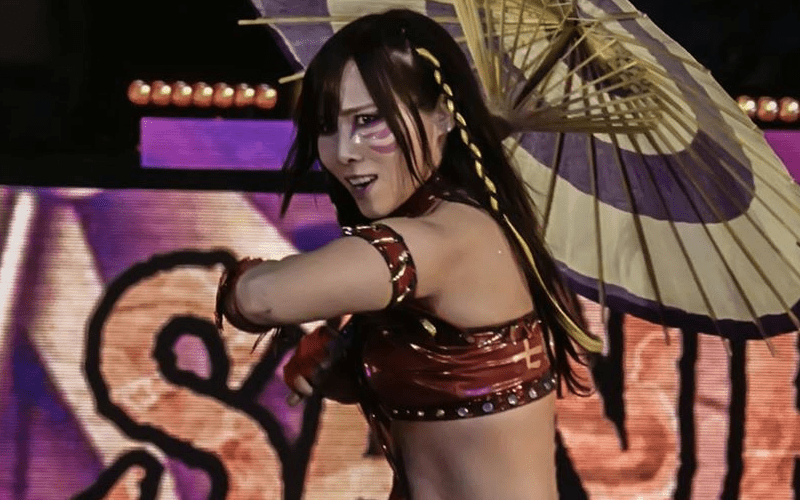 Kairi Sane surprised fans when she revealed that she got married yesterday. It is happy news, but nobody really expected it.

Kairi Sane tweeted out in a message translated from Japanese:

“I’m looking forward to building a family filled with laughters and joy, with a man I can respect so deeply from his attitude towards work, warm towards people and animals, and his genuine way of living […] I will continue working hard to become a pro wrestler than can bring much happiness and smile to people.”

WWE reacted to this happy news and they released a write-up on her marriage. “WWE sends its congratulations to Kairi and her husband.”

Please note that Kairi Sane did not marry NJPW star EVIL. Other sites are reporting this. They are simply confusing two WWE Superstars.

Io Shirai is engaged to EVIL. She could be getting married soon, we don’t know. Shirai is out of action for a couple of months after tweaking her knee. Kairi Sane is now married, but her husband’s identity hasn’t been publicly revealed. We do know that Sane is not romantically linked to EVIL.

Sane is still 1/2 of the WWE Women’s Tag Team Champions. We can only hope that WWE has plans for them at WrestleMania.